The Evolution of the Gig Economy 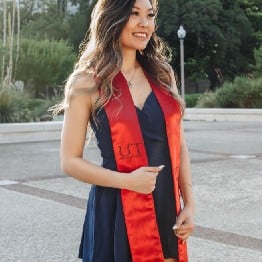 What comes out of his briefcase is not spreadsheets and pens, it’s a cascade of notes — a call to arms, an invitation to dance, a reason to cry — punctuating the accents and fills of a steady ground rhythm on a fresh set at Reveler’s Hall.

Early commuter? No way. This woman is a professional. She drives her own business from the A-side to the B-side, taking passengers for a spin to destinations surprising, unexpected, and exciting.

Their office is the middle space where they go to find inspiration — and you’re not going to find it on Google maps, you dig? But if you’re lucky, you might catch them when they headline their next gig. And while you’re there, show them some love, because this month is American Artist Appreciation Month, and the services they provide connect us to something much bigger than ourselves — their work is invaluable.

There is a lively debate on the internet about why the word “gig” became a stand-in for “engagement” or “one-time job.” However, our current sense of the word was indisputably popularized by Black jazz musicians in New Orleans during the 1920s as they played different venues throughout the city. These were the first gig-workers, the creative geniuses with the chops to blow a new world of sound into existence — one which to this day is richly and uniquely American.

Musicians still describe their paid performances as “gigs,” but the “one-time job” sense of the word has become almost ubiquitous in our modern times. Maybe thank Jack Kerouac for that, who wrote in 1952 about his “gig” as a part-time brakeman for the South Pacific Railroad. From there, the word took on a new meaning, as in “this is just a job — it’s not who I am.” In fact, suits out there might ironically refer to their W2 work as “gigs,” mostly because they don’t want to be mistaken as square when they meet someone at a 1980s Bennigans.

Nowadays, when you work a gig, it is largely understood that you are performing work on a contract basis and that once the service is completed, you’re paid for your labor and free to take on a new commitment. Gigs can be side-hustles or a string of contracts within the context of a storied career. Advances in technology and connectivity have led to an explosion of gigs in the marketplace, so much so that taken together, the proliferation of gigs has given rise to what economists call “the gig-economy.”

There are so many benefits to highlight about gig-work. Flexibility tends to be the number one reason why contractors choose to make a career out of gigs, or why 9-to-5 workers take on gigs here and there to either supplement or diversify their income. For women and mothers especially, who often take on the burden of childcare arrangements, being able to set your own schedule around drop-off and pick-up times — and, at the same time, being present for your kids — is a defining benefit of contract work. That’s why Americans are abandoning traditional employment in favor of gigs as we turn a corner on the pandemic. They crave the flexibility and independence that contract work provides, and have an easier time maintaining a healthy work-life balance.

But sometimes, as a contractor, you might have to wait a while for a payment, wondering if you’ve been stiffed by a deadbeat. Ride-sharing apps are notoriously bad about sending out payments two weeks after a ride, despite the fact that their drivers would have likely had to stop off for petro before they got paid. Sometimes invoices aren’t forwarded to the right department. Sometimes they get lost in the sluggish wheels of Accounts Payable because Becky is having a bad (probably hair) day.

But believe me, if you don’t pay your musicians after the house lights go up, word travels fast — and good luck finding another solid hook to bring the bodies in the door. Paying gig-workers on time cultivates loyalty among your contractor pool, which means you have the talent and energy you need to get a job done.

Today’s independent contractors want to be paid within a couple of days of finishing a job, if not instantly in order to go complete their next gig. That’s why Gig Wage offers instant, same-day, next-day, and 2-day fast and flexible payments so contractors get paid when they want and how they want. 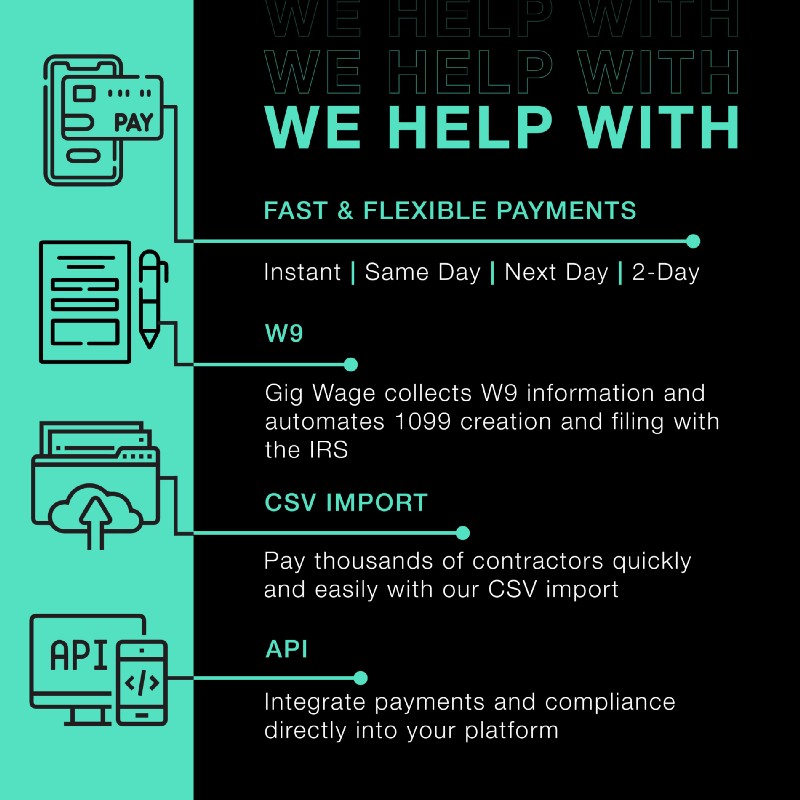 Labor laws and regulations still have a lot of catching up to do when it comes to balancing the concerns for workers in the gig economy, to be sure. But the gig economy is here. The gig economy is growing. And adopting forward-thinking technologies like Gig Wage will help organizations thrive as they recruit talented contractors to add their own sauce to a company’s two-beat groove.

As most musicians will tell you when you play two-beat on a high hat and snare, you’re either in time, or you’re not.

What to Expect from the Post-Pandemic Gig Economy 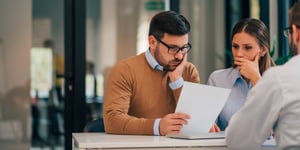